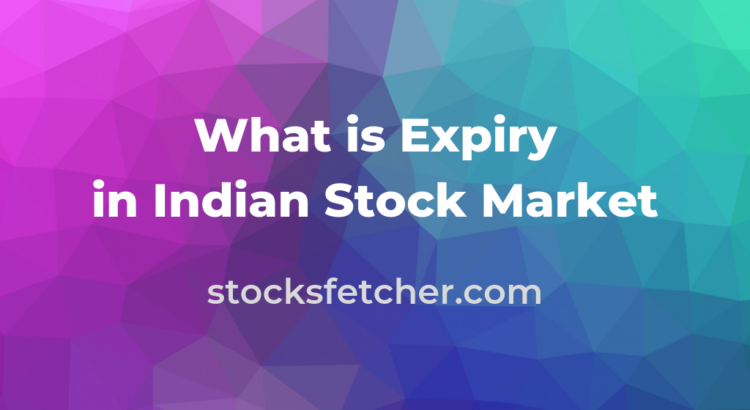 You probably must have come across the term “expiry” for medicines or food items, but some of you might be wondering, What is Expiry in Indian Stock Market? Well, here is your answer. 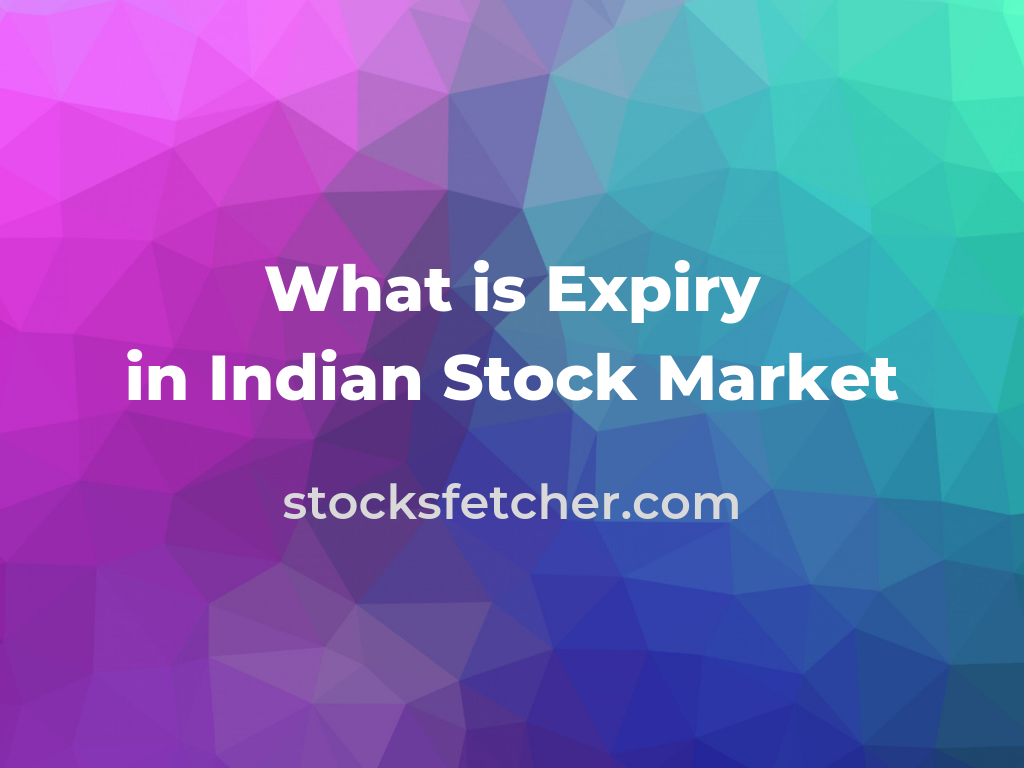 There are 2 types of derivatives contracts

Both these derivative contracts are monthly contracts, meaning a derivatives position can be carried daily for a month and at the end of the month the contract expires on a pre-decided day.

The day on which derivative contracts expire is called the “Expiry Day”. On this day the contract is settled at the closing price of the underlying. After they “expire” the contracts become invalid and cannot be enforced. In Indian Stock Market, the expiry date of Index and Stock derivative contracts is on the last Thursday of every month and in case that Thursday is a holiday then it will be one day earlier on Wednesday.

There are 3 contracts open, for 3 consecutive months, of any stock or Index simultaneously at any given time and they expire at the end of the month on a pre-fixed date.

For the current scenario:

are the expiry dates for the near month, next month and far month.

For currency derivative contracts, the expiry is 2 working days before the last working day so it could be any day of the last week.

For commodities derivative contracts there are different expiry dates for different commodities, as decided by the Exchange they are traded on.

All contracts are valid for a particular time period only and after the pre-decided, the last day of the contract, they are no longer valid.

So on the last day of the validity of the contract, “the expiry day”, all the open positions in a particular contract are settled at the day’s closing price, by the Exchange, automatically.

This means that in case you had a buy/sell position taken in the near month, only that position will be settled on expiry day automatically and positions are taken in the next or far month continue to remain active till the expiry day of those months.

All FUTURES contracts can be settled in 2 ways.

This means that all profit or loss has to be settled by cheque. If you have made profits you will receive a cheque or you will give a cheque if you have a loss on your traded contracts.

Since July 2018, SEBI has made physical delivery compulsory as a means of settlement for almost 50 derivative contracts. They will keep adding to this list till all contracts will be settled physically and is expected to happen by October 2021.

This was done mainly to curb price volatility on the expiry day but most traders or contract holders prefer to ROLL their positions to the next month.

All options contracts can be settled as under:

Any option contract holder, normally, holds the option till the expiry day to get the maximum benefit or profit.

Many traders don’t hold their option positions till expiry and so they trade only on the premiums which may be intraday or over a few days.

After paying the premium on an option if the premium goes up then many traders sell off their positions at a profit on premium, thereby booking their profits maybe intraday or in a few and not wait for expiry day.

Again as per this SEBI circular, physical delivery has been made compulsory for derivative positions in any of the 46 stocks mentioned in this list.

This is done by the trader, mainly, to continue holding the derivatives contract after expiry of the near month and so the position is shifted to next month and normally is the case in a Bull market.

Hence, the position continues to remain open in the next month which will become the near month after the expiry of the current near month.

For e.g., April contract of a scrip will expire on 25th April (near month) so a trader will square off his position of April expiry and buy a fresh position in May (Next month) expiry. Then on the expiry of April month contract, May month contract will become the near month, June month will be next month and July, will open new, which will be the far month.

For this, the trader normally has to pay a difference which is known as Contango or “badla” charge. This charge is normally the difference between the price of a scrip in the near month and next month. A buying position attracts a badla for carrying forward of the position.

So if a trader has a futures buy position in, let’s say Reliance Ind. (1 lot at Rs.1000/-) in the near month and on the expiry day the trader wants to continue holding this position, then he will have to sell the near-month position and buy the position in the next month.

Normally the badla charges depend on the demand and supply mechanism and whenever the markets are in a bull phase the badla is high, sometimes as high as 3% per month.

During a bear market when there is big sell or short positions, to carry that short position forward the seller has to pay a badla and the buyer will receive the credit in his account for his buy position.

Conclusion: What is Expiry in Indian Stock Market?

So this was the explanation of HOW and WHY there is an expiry on the derivatives market and about the settlement process for each. For any further information or knowledge feel free to comment below and we will be happy to answer your questions.

What is Scuttlebutt Investing?

The Rule of 72: Double Your Money

Soujay Shah is associated with the stock market since 1992. With over 25 years of experience now trains people on ways to make money in the stock market. He is a SEBI Registered Research Analyst and has certification in NISM for Equity, Derivates and Currency segments. He is a practicing Numerologist and Tarot reader.