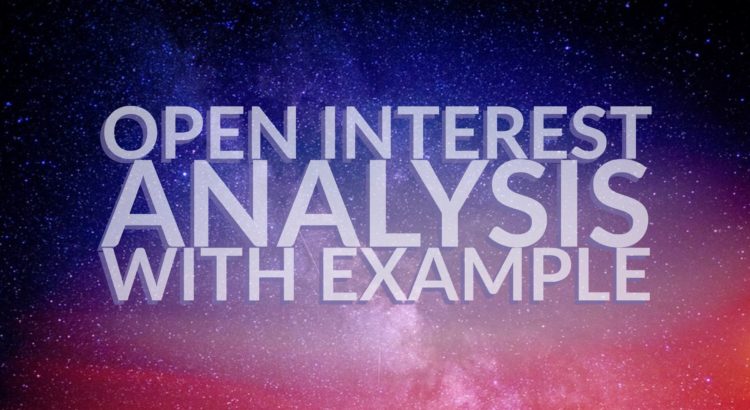 Many traders and investors often ask What is Open Interest ?, What is the difference between open interest & volume ?, How can we analyse open interest and volume? etc. But no need to worry now and get set because all your questions will be answered in this post. 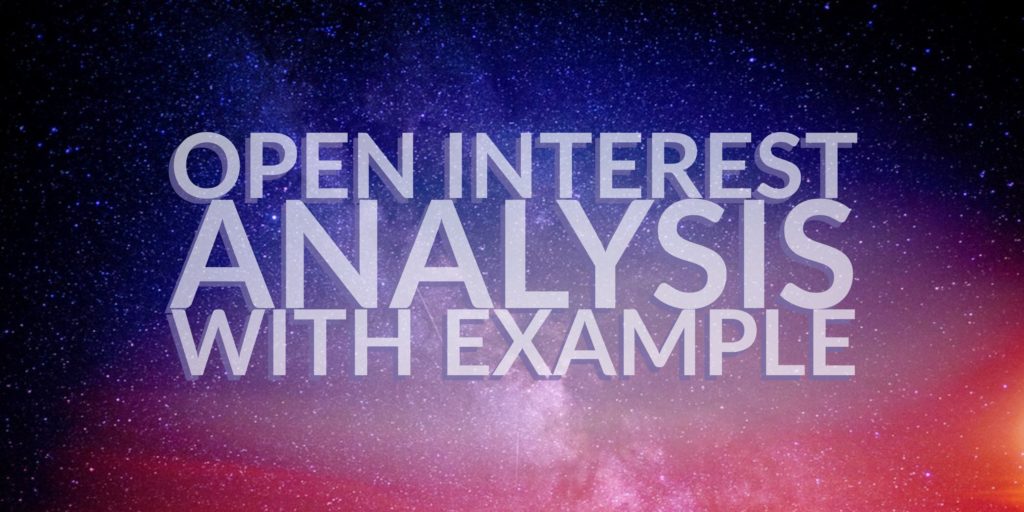 As the name suggests, Open Interest (OI) is the INTEREST that is OPEN.

What is INTEREST? INTEREST is the POSITIONS of TRADERS.

And What is OPEN? OPEN means OUTSTANDING.

So, OPEN INTEREST means POSITIONS of TRADERS which are OUTSTANDING and not yet squared off.

There are only two type of positions that a trader can take in the market, LONG & SHORT.

Now, since for every LONG there is a SHORT and for every SHORT there is a LONG, so we don’t count OI as LONG + SHORT but either TOTAL LONGS or TOTAL SHORTS. They both would always be equal.

So, as I said OI is a number that tells you how many futures (or Options) contracts are currently outstanding (open) in the market. So, Let us say the seller sells 1 contract to the buyer. The buyer is said to be LONG on the contract and the seller is said to be SHORT on the same contract. The open interest, in this case, is said to be one, not two.

How can you analyse bullishness or bearishness with open interest data ?

1) If PRICE is rising and OI is rising, the market is STRONGLY BULLISH.

Never think that since PRICE is rising, more LONGS are being created than SHORTS. LONGS will always be equal to SHORTS just that LONGS are dominating SHORTS in the transaction, that is why PRICE is rising.

So, OI is rising, means new contracts are being added. But since PRICE is rising with it, it means that LONGS are DOMINATING the transactions. Thus, market/share is STRONGLY BULLISH.

2) If PRICE is rising but OI is falling, the market is WEAKLY BULLISH.

If PRICE is rising but OI is falling, it means that the rise in price is due to SHORT COVERING and not bullishness. See why is OI falling? It’s falling because positions are being squared off and the number of open contracts in the market is reducing.

But since PRICE is rising with it, it means that SHORTS are SQUARING OFF and dominating LONGS in the transaction.

See, how would SHORTS square off? They will square off by BUYING. That is why PRICE is rising.

3) If PRICE is falling, OI is rising, the market is STRONGLY BEARISH.

But, since the price is falling, it means the new contracts which are being added are dominated by SHORTS, not LONGS. Hence, it is STRONGLY BEARISH.

4) If PRICE is falling and OI is falling, the market is WEAKLY BEARISH.

If PRICE is falling and OI is falling, it means that the fall in price is due to LONG COVERING or also called LONG UNWINDING. See why is OI falling? It’s falling because positions are being squared off and the number of open contracts in the market is reducing.

Difference between Open Interest and Volume

Also, remember that volume is measured daily and OI gets accumulated. Now, we’d understand the concept of open interest by creating an example:

Assume that a new futures contract is out of transactions for December expiry. All these transactions are happening in a single session.

1) Till transaction 4, everything is smooth as new contracts are being created so open interest and volume, both are rising.

2) In transaction 5, you can see that the volume increased but OI stayed the same. Volume increased because a trade of a contract happened. But OI stayed the same because no new contract was opened. David got LONG on the same contract which Robert carried. Robert squared his LONGS off by selling and David bought it by going LONG. So the LONG position holder just got replaced in the contract but no new contract was made so OI remains same.

3) In transaction 6, you can see that the volume increased but OI decreased. You must have understood the reason as to why Volume got increased. But the reason that OI decreased is that John who was an existing SHORT, squared off the contract by getting LONG while on the sell side is David who is an existed LONG and squared off by going SHORT. So, one old LONG and one old SHORT closed their positions. Thus, one contract got closed and OI reduced by 1.

4) Bottom line is that each trade completed on the exchange has an impact upon the level of open interest for that day.

5) If both traders are initiating a new position (one new buyer and one new seller), open interest will increase by one contract.

6) If both traders are closing an existing or old position (one old buyer and one old seller) open interest will decline by one contract.

7) The third and final possibility is one old trader passing off his position to a new trader ( one old buyer sells to one new buyer or vice versa). In this case, the open interest will not change.

In futures. the early stage of a trend, post a range breakout, is not driven by trend followers but by those who are caught on the wrong foot and are forced to liquidate their positions in the direction of the trend. The more traders caught on the wrong side (gauged by open interest before breakout), the more furious the move post-breakout.

Another way to say this would be, if open interest rises during a range bound action, the move post breakout (any direction) will be fierce. Therefore, if the open interest dips at the beginning of a new trend, there is nothing to worry. It’s basically losers covering their positions.

Now. how would you see the figure of 5 lac? See it as there are 5 lac long side speculators and 5 lac short-side speculators (for every one long there must be one short).

Once the uptrend is in place, then come the trend followers who make new contracts on the long side. That is why we may see OI falling on breakout sometimes. That is because old short contracts are being covered.

Think about the other case that price breaks down on the lower side, 5 lac long speculators are in panic and unwinding longs and promoting the downside further and it picks up speed. the new short side speculators also enter and further drag the price.

The more the OI in the range. the more the panic by those who are at the wrong side of the trade and the more the explosion in the direction of the breakout.

This is all for this time. Hope you enjoyed reading the post and understood clearly the difference between open interest and volume as well as the open interest calculation example.

Comments are appreciated, do share your thoughts on this.

If you liked reading this post you should check out these posts as well :

DP Charges – Everything you need to know

How to identify fundamentally strong stocks ?

6 thoughts to “Open Interest Analysis – How to identify market trend?”