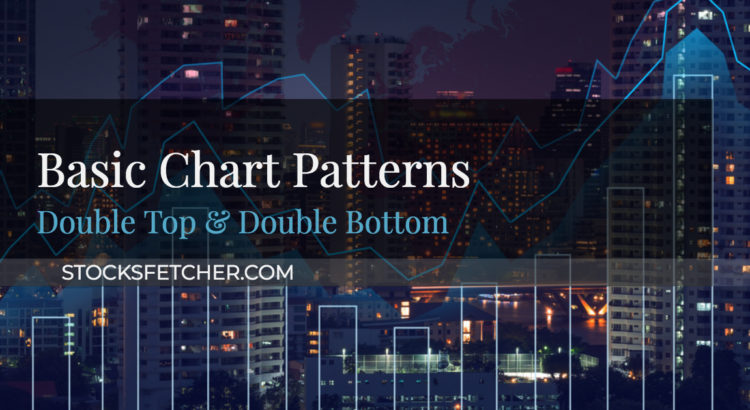 On popular demand a new series of posts has been started in the area technical analysis which would be covering basic chart patterns.

This is the first post of the series in which you are going to learn the complete details about the double top and double bottom pattern such as the formation, identification and trading strategies of these chart patterns. 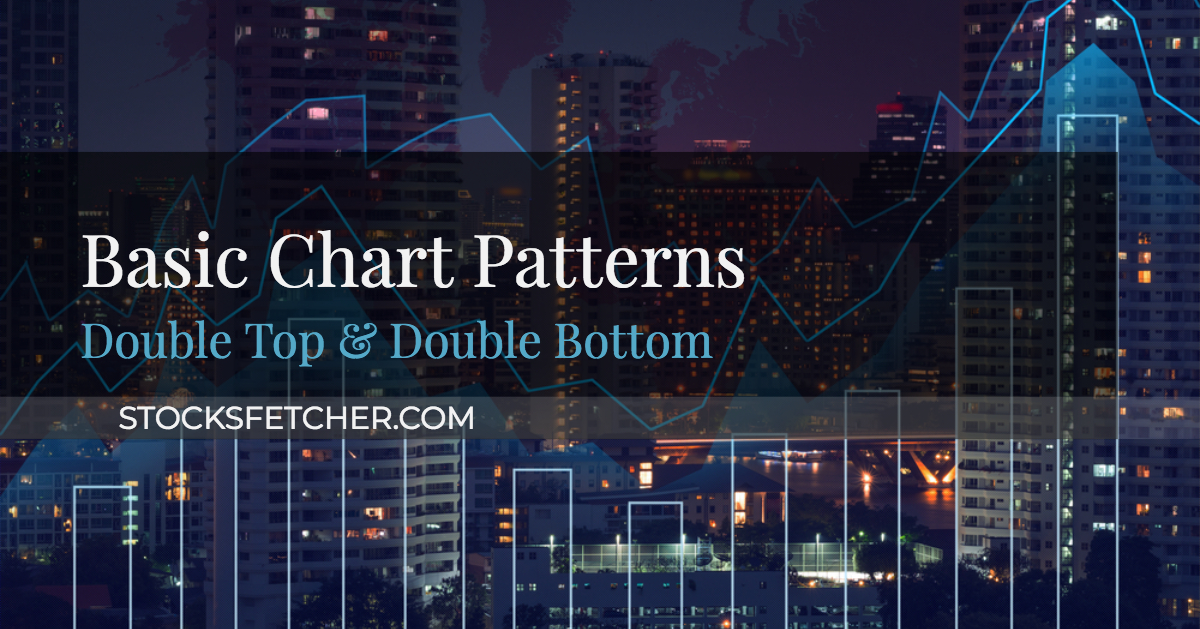 The double top is a bearish reversal pattern that is formed after an uptrend. It is a good indication that prices are likely to reverse alerting traders to potential selling opportunities. It is made up of two highs of equal or similar heigh giving the appearance of letter M on your chart. Price is trying to break higher on two attempts each time finding resistance before reversing to the downside. 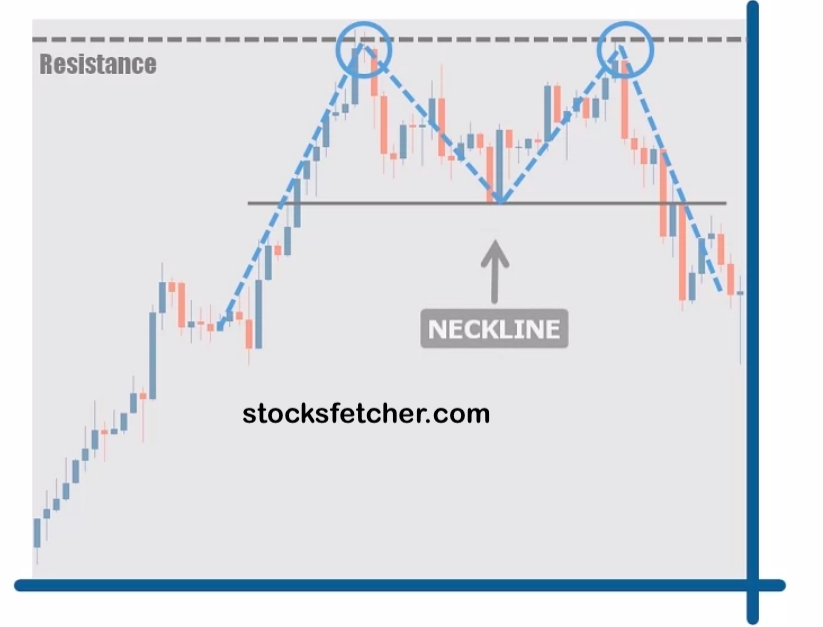 Formation of the Double Top pattern

After an initial uptrend the price hits an area of resistance thats where the bears have entered the market and have managed to overcome the bulls, pushing the price down. This is then followed by the bulls having another attempt to pushing price to new highs however once again the bears have entered the market overcoming the bulls. Once it becomes clear to other market participants that the bulls are losing strength and becoming overpowered by the bears, more sellers are likely to enter the market causing the price to move lower.

The key element of the pattern is the neckline as price needs to break the neckline of the double top structure in order for the pattern to be a valid double tip pattern. Once you have found out this pattern on the chart you should be looking for selling opportunities.

There are essentially two ways to trade the double top chart pattern: 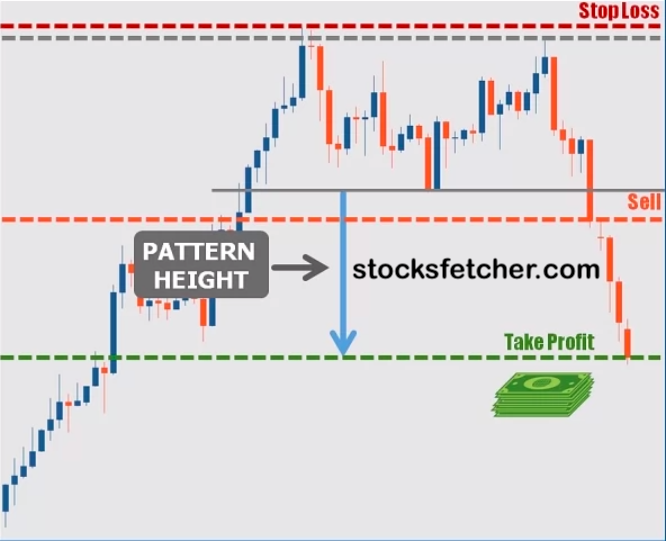 The second way by which you can take advantage of the double top pattern is to wait for the price to break and trade below the neckline which is known as broken support. When price retests the neckline of the pattern which now acts as resistance, you can enter in a sell trade. This because very often when the support is broken, it retraces back and then falls down. The stop loss in this case is just above the neckline resistance. Profit target is calculated in the same way as in the first method. 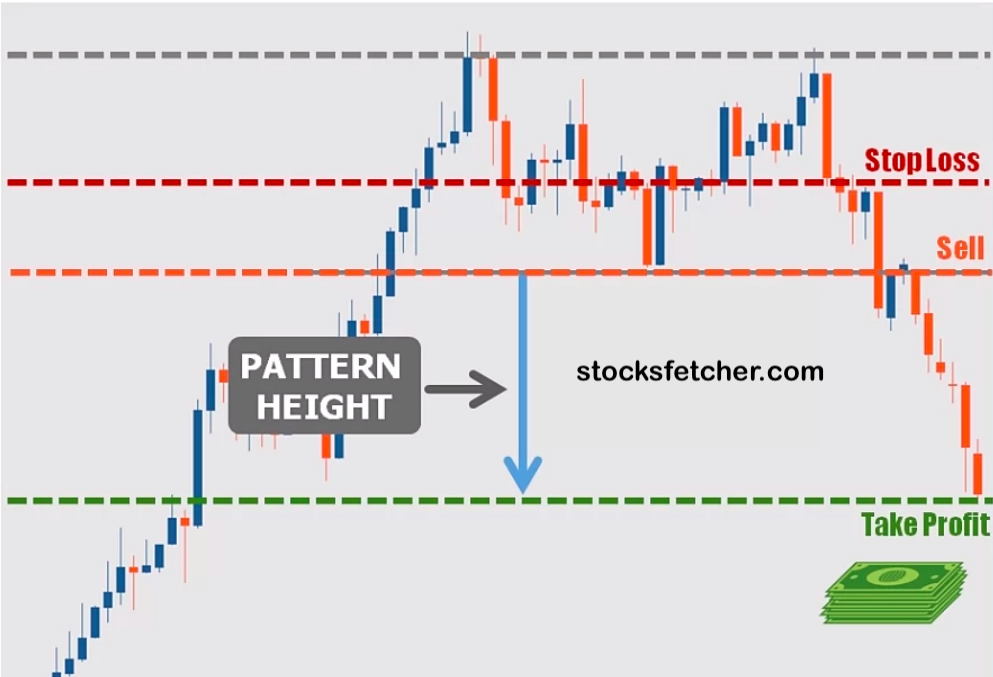 The double top is a bullish reversal pattern that is formed after an downtrend. Its the opposite of the double top pattern about which you just read above. If you find this pattern on your chart, you would be looking for potential buying opportunities. 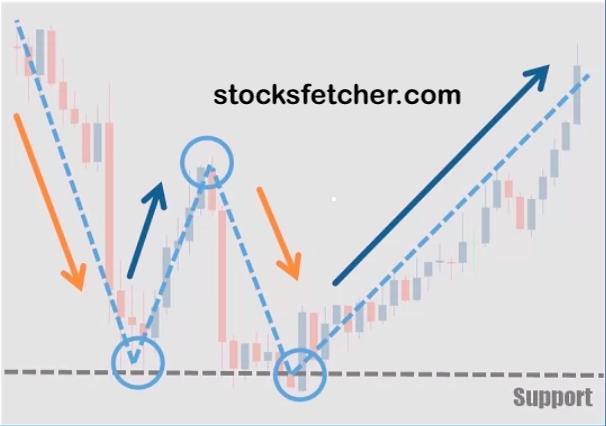 Formation of the Double Bottom pattern

After a downtrend the price finds support and buyers come into the market overcoming the sellers, this rally finds further selling interest as the trend is still down and gives the bears an opportunity to get in at a better price. Price finds support for a second time where the bulls come in and overpower the bears causing price to rally. This gives the double bottom a structure of two distinct lows on your chart where price found support after the sellers were overcome by the buyers.

The pattern gives the resemblance of letter W on a chart. The centre high of the pattern is referred to as the neckline of the pattern. This level is monitored by traders as price needs to break above this level before the pattern can be qualified as a double bottom.

Now that you know how the pattern is formed and how it looks on the chart, lets look at how you can trade the double bottom pattern? 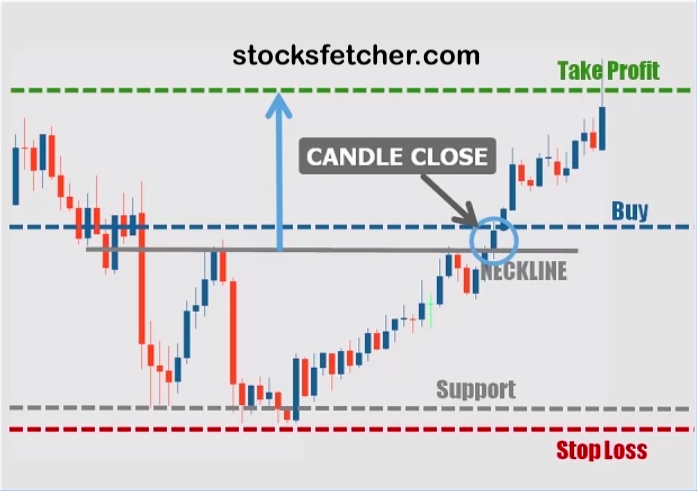 The second and more conservative way to trade the double bottom pattern is to wait for the price to trade above the neckline which is the broken resistance, then look to buy order on the retest of the neckline which would now act as the support. You must know that once resistance is broken it is likely to become the new support. The stop loss would be below the new support area. The profit target can calculated in the same way as in the first method (taking the height of the pattern and extending it) 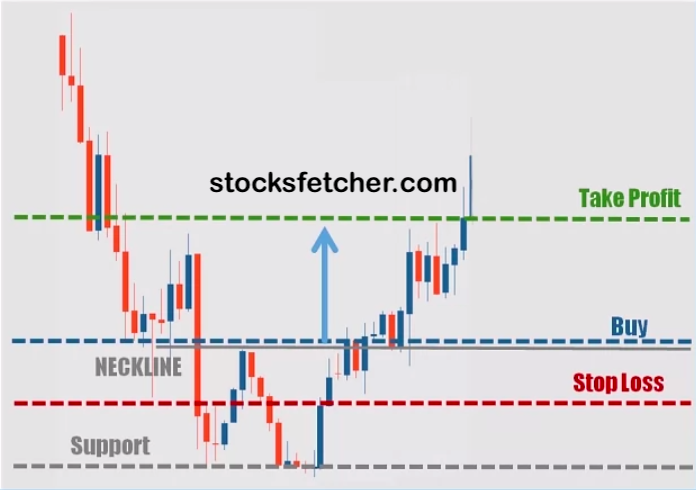 Remember that the double bottom chart pattern is a trend reversal pattern and as such it should be looked for after a downtrend has been established.

This is all for the first post in the series of basic chart patterns. Hope this post was helpful for you. Incase you have any queries / suggestions feel free to comment below.